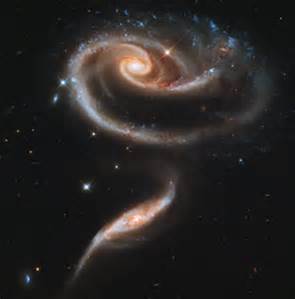 For this corruptible must put on incorruption

And this mortal must put on immortality.

Pain is a constant in our universe; and yet we dare to say that our God is a God of Love. How can that be? How could a God of Love wish pain on us and on all things? For if we look at the cycle of life and of the universe, it begins in pain and ends in pain, and insufferable pain occurs throughout life in various intervals, sometimes without end. Pain is the equalizer among us, bringing low both the mighty and the lowest.

Every event over the 13.7 billion years of history of our universe is filled with explosive presence that is the root of growth. The universe was born in sudden release of all the energy that makes up all that is from an incredibly small point, and the cosmologists claim that at the time of the Big Bang, which contained both the positive energy and negative energy, the two forces obliterated one another almost completely. There was a slight imbalance between the positive and the negative forces, so that one part out of a billion survived that opening furnace. Thus the universe began in pain that obliterated almost everything, with only one part out of a billion remaining to give us the totally balanced result that we see today in a field of over 100 billion galaxies, each having over 100 billion stars.

After about 300,000 years from the big bang the universe cooled to the point that atoms could form that eventually led to the formation of the clumps of matter (or energy) that we call stars, galaxies, super-galaxies, and clusters of galaxies. Most of these stars were simple massive stars that cooked the internal content to produce carbon and all the heavy elements we know and love today. Then these stars started exploding, (the birth pains of the modern universe as we understand it) as their mass was too large to withstand the internal gravitational forces. One such star in our vicinity exploded about 5 billion years ago, and scattered the heavy elements all around. Some of these began to cling together due to the attractive forces of gravity, until they ignited into a slow burning star that we call our own. Other clumps of matter gravitated together to form larger clumps, that circled that now burning middle sized sun, forming planets over a time period of a half-billion years.

The birth of our planet was difficult. Everything was blazing with volcanoes, water was only vapor whipping about the challenging ball of stuff. The atmosphere was almost devoid of oxygen, as all free oxygen was being consumed by the volcanic fires. The temperature was extremely hot, starting in the thousands of degrees.

We believe that life first appeared on earth about 3.7 billion years ago, (no, we have no idea how, or rather we have lots of ideas, on how life came to be. Possibly it came on an asteroid that landed on earth.) But it took several billion years for life to modify itself to start the evolution of the atmosphere. It is now believed only about 1.1 billion years ago that lichen became more common, and developed a photosynthesis that used to sun to permit higher growth – and at the same time to release free oxygen into the atmosphere. It is now believed that only about 700 million years ago the first plant life appeared. These plants used the carbon dioxide as the source of food, as plants do today, and released oxygen as a waste product, as plants and trees do today. The first animal life appeared about 500 milli0n years ago, and the rest is history as they say. Interestingly, plant life and animal life (including you and me) have a symbiotic relationship that is the source of survival for both – plants absorb carbon dioxide and release oxygen, while animals (and humans) absorb oxygen and release carbon dioxide into the atmosphere.

All this sounds benign, but violence is the heart of life. The high energy use of all animals and reptiles require constant supplies of energy, which means that all animals live off the life of other life, either plant life or other animal life. Humans do both, and the destruction of life is our life blood. Today it is reported that 90% of all large animals on our planet (large animals being defined as more than a few pounds) are domesticated animals, mainly for food for us humans, or as pets (dogs and cats.)

And yet this is how God set up the universe as we know it. Survival is dependent on the destruction of other life, for even plants draw life from the fungi and other life within the soil. Life feeds on life; always has been and will always be. Life is a cauldron of energy, always feeding on itself to renew life constantly.

Yet we say that life is a form of God Itself, constantly renewing itself by absorbing more life.

Is this not a form of love? How but by giving can love express itself? And what most intimately giving is giving of oneself for the growth of another? Is this not what Jesus did, putting his life on the line to renew and re-energize our life? Does not our universe, and especially our seething life force on earth express this eternal giving and resurrection cycle clearly and well?

Oh my Eternal Wisdom, I bow in gratitude to the wisdom of the cycle of life. You have given me ways to see that I can never stand still, that I must either grow or shrink; there is no middle road. If we try to hold the status quo, we find ourselves becoming complacent. Life either grows or recedes, and complacency causes stagnation which causes loss. I am grateful for all the prodding, even when the pain seems unbearable. I find I can rest in You and find that peace that passes understanding, even in that pain. I surrender myself into Your Love, that love that satisfies the groaning of spirit within.

Facebook viewers: If this posting proves useful to you, I would appreciate it if you would share it.

This will be a free e-book that David will offer to people who subscribe to the newsletter.

My God has led me on an 80 year jaunt to ever more wondrous beauty. I am led to share this journey and gifts of God that have been showered upon me, not just for me but for whoever God brings into my path.